You might think hippotherapy is some bizarre form of exercise with highly dangerous two-ton water cows. You would be wrong.

Even though it is not called equitherapy, it has to do with horses. Some kind of Latin thing. If only the Romans were around to explain.

Behold! Malachi having the time of his life on said horse! He absolutely loved it! 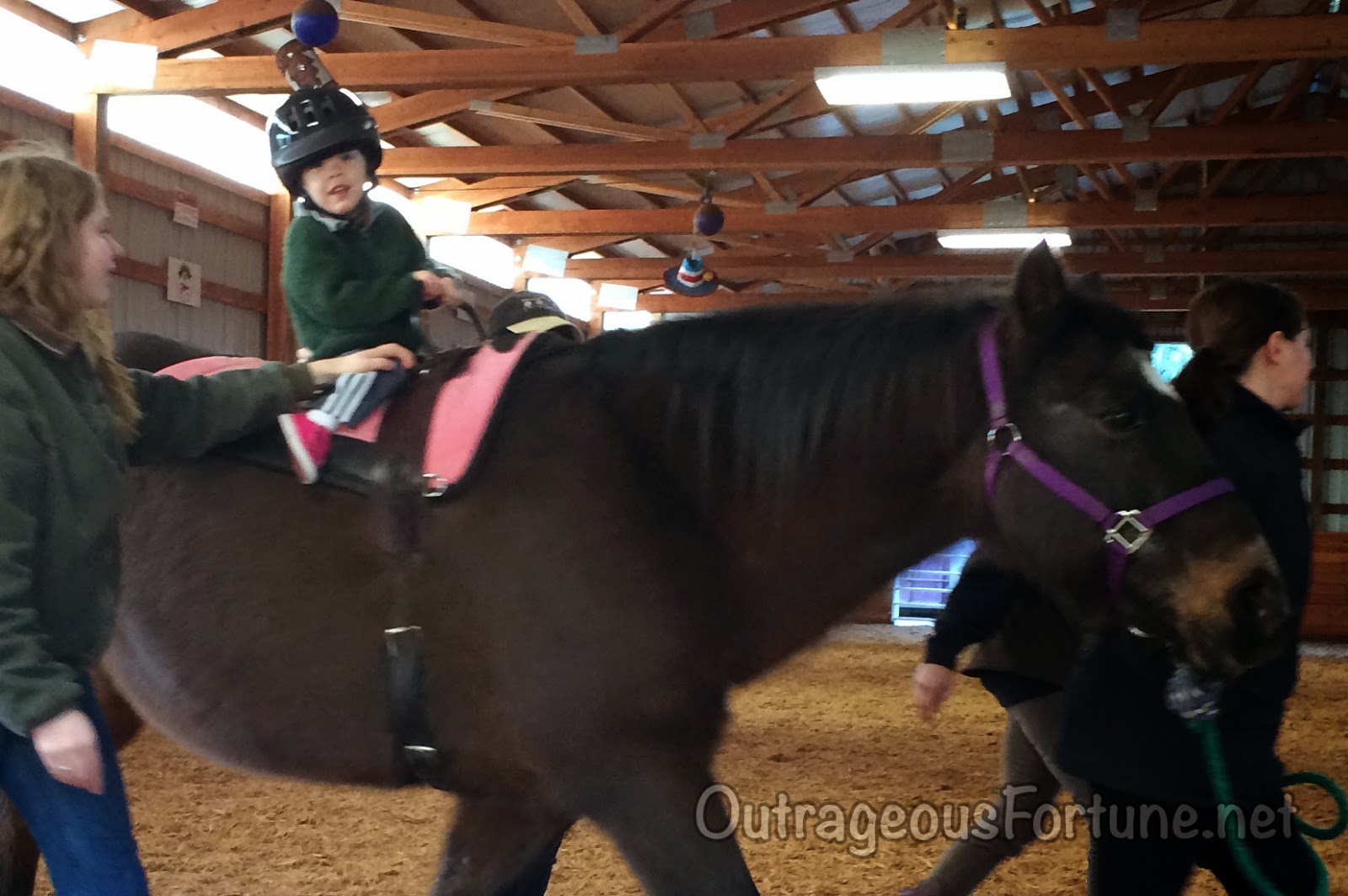 …Until the third week when I got the crazy notion that I could leave him with the therapist for 10 seconds while I wandered over to my seat on the sidelines. Then he totally freaked out. To this day I have no idea why. Did he suddenly realize how tall the horse was? Did the therapist inadvertently do something wrong?

Perhaps he could just tell that I was headed on the next plane to Caracas to leave all this behind and live out my days on a sun-bleached plantation as a salsa baroness. Or lime queen. Potato contessa? Where is Caracas again?

Anyway, for whatever reason, he totally freaked and wanted absolutely nothing to do with riding horses. Petting them, reading their name tags off stalls and harnesses, feeding them carrots and giggling at how slobbery they got, sure. Who doesn't like a good slobber? But riding them? What kind of demented mind came up with that?

It took us four weekly visits — during which we mostly just did assisted yoga and some occupational therapy stuff — to get him back to his happy place. By then the term was over. This, by the way, was a term that it took us eight months of poor communication and bad luck to get signed up for.

So. That was that until such time that we decide to try it again.

Which I think we will. Because. You know. I'm crazy.

Feel free to share this post using the tiny icon buttons below and if you haven't subscribed to my RSS feed, liked me on Facebook or followed me on Twitter, there's no time like the present!
Looking for a meaningful gift? Dark & Light: A Love Story in Black and White is a beautiful and insightful board book available here. All profits go towards my son's medical needs.