HuffPo just did a story on our Kickstarter! 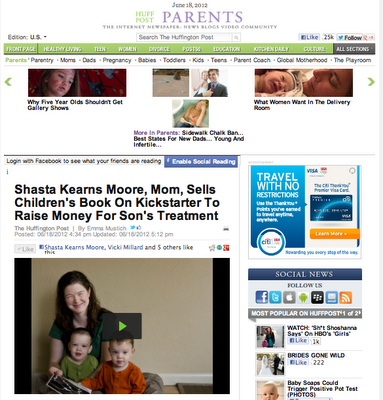 Amazing! I can't believe how much interest we've gotten in our Kickstarter project for Dark & Light! The Huffington Post just put up a story on their Parenting website. Check it out!

We are 2 backers away from a staggering 200 people saying they support this idea, which to me is worth more than the $7,822 we've raised — but that's awesome too! There is little more than a week in the campaign and I need everyone to keep up the buzz. If you can take a second to share the HuffPo story with your social networks it could go a long way towards achieving our second goal of $10,000! And don't forget that if we reach that goal, backers (you have already backed it, right??) get a bigger reward, too! Win-win-win, that's what we're after here!