The therapeutic effects of quitting therapy (for a little while, at least) 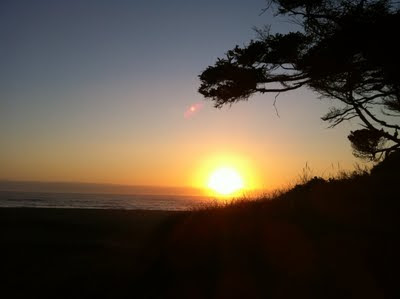 Last weekend my husband and I went on our first vacation without the boys since I got pregnant.

While we left the boys in the very capable hands (though, I think she would agree for that weekend, two too few!) of my mother-in-law, I worried about the four therapy-less days Malachi would have.

You see, in all my movements and interactions with him, I try to maximize his comfort and brain connections. I tuck his legs under his body as I pick him up; I'm careful not to touch the spot on the back of his head and neck that drives him crazy; I constantly search for ways to convince him to use his tummy muscles. These have become such an integral part of how I interact with both my boys I have a hard time even vocalizing what it is I'm doing and why.

So, if I'm not around, he'll get good care, but will it be optimal care? And isn't it super-important to optimize every minute in order to achieve the best outcome?

We moms often hear the refrain: "What's good for mommy is good for baby." And it makes sense. Moms aren't machines; we can't do our best when we have been giving 110 percent for months without a break.

And yet... a piece of us still feels like if we could be just a little more machine-like we can squeeze out that much more benefit for our child. I mean, what is another day when you've been working 10 in a row? Particularly for special needs moms, we feel like know we're the only person who knows all of our child's idiosyncrasies. And the weight of not doing everything right (equally impossible to never taking a break) is so huge. If I take time off, what will that do to his brain connections now and into the future?

So while I knew that taking time off was good for me and thus ultimately good for Malachi, on some level I still felt that this was a zero-sum game: while I recharged, Malachi would deplete his reserves.

What I didn't expect was how good it would be for him to not be around my crazy-ass anymore. Not because of that "what's good for you is good for him" mental acrobatic mumbo-jumbo, but because sometimes I just NEED TO GET OUT OF HIS WAY.

During our weekend of separation, Malachi reportedly rolled from his back to his tummy TWICE, which I've been trying to get him to do for months, and his persistent tongue thrust reflex that made eating such a challenge has mostly disappeared.

(Jaden also made leaps and bounds. I feel again like I have a Superbaby but this time because each time I turn my back he suddenly appears in a different location. They also both seemed so much bigger! I wrote recently about how they have suddenly become big kids and not babies, but I swear they grew two inches while we were gone and their faces look so much more mature. I know everybody says how fast babies grow, but it took being away to really see them and how different they are from a couple months ago.)

In case I had any lingering doubts about whether giving Malachi a break is inherently beneficial, two new Twitter followers I met when I got back to my pile of unread e-mail confirmed it for me. A really cool site called Moving Smart had a great recent post talking about how important it is to engage your children in play on their terms instead of dictating the rules of how you're "supposed" to move. But as a fellow mom, I really resonated with this post, in which Marie talks about her son with Apert syndrome.

Nearly since birth, we started Jack in therapy believing that he needed to be pushed early and hard to help him to develop to his best potential. His Dad and I were making the decisions we honestly believed were best for Jack. It was only last year when Jack was almost four years old that we realized that we were robbing Jack of his childhood. Everyday and every thing was work work work and Jack was withdrawing from people. He had learned that being with people meant being forced through things he did not want to do and constantly being asked for more more more with little time for what might interest him.
Last summer was the first time since he was about two or three months old that he did not have therapy. We relaxed and tried to learn to play like Jack with the things that interest him and his development truly took off! He really began to talk. He began to actually enjoy spending time with close family.

— in which Laura Kramer said her son didn't learn to walk until age 4 when she and her husband left for their first vacation alone. So I don't sweat it too much when we have to miss a therapy appointment. I casually dismiss therapy recommendations when I feel like they would make me crazy or interfere with Malachi's non-physical development. I consciously chose not to read anything by Glenn Doman, including the very enticingly titled "What to do About Your Brain-Injured Child"

, because I knew it would encourage me to go overboard. We also don't have set "therapy time," in which we sit down and do exercises. I just try to incorporate them into whatever we're doing and whatever play is happening.

For all that, though, I think I was blind to how hard I push him and how much he — we — I, all need space away from each other in order to grow.