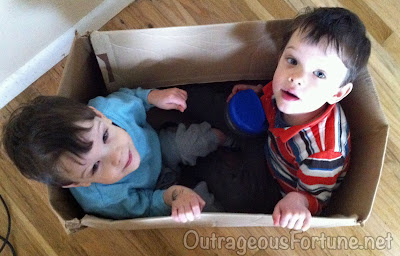 It's as I'm packing up the last boxes from my first home that it really hits me how few things went right with this, the biggest purchase of my life.

I tried. I tried really hard to make the "smart" money decisions, but it seems none of that mattered in the end.

In the mid-2000s, everyone was urging me to buy property, and with the insane loan options they had then I probably could have gotten something nice. But, fresh from a college economics class, I said: No way, prices aren't matching with incomes. The bubble will certainly burst.

Burst it did in 2006. By 2008, the year my husband and I were married, we thought we were getting in at the bottom of the real estate dip on a small 2-bed, 1-bath home in a rough-but-up-and-coming neighborhood. The house was small, but it was also considerably cheaper than the maximum loan the bank would give us — another way we thought we were being "smart" with money.

We found a special first-time homebuyer's program through the Portland Development Commission and jumped through their many bureaucratic hoops. Except, during closing, they suddenly revealed that since my husband had been picking up some overtime in the months leading up to our move, we no longer qualified for their special rate. Instead we would have to take the 5 percent APR of the Oregon Bond Loan, which at that time it was no different than the market rate.

Over the years, we invested in a few home improvement projects as able — renovating the shower and its moldy window, adding a small dishwasher, repainting absolutely everything.

We even heard about a promising new Clean Energy Works program spearheaded by Mayor Sam Adams. The idea was a good one. Say your gas bill is $100 a month. This program set up a loan with $50 a month payments that you use to install insulation that lowers your gas bill to $50 per month. So, you still pay $100 a month, but you use less energy.

That part of the program did, technically, work. Everything else about it was horrid. The recommended contractors were awful; the work had to be redone several times. Sitting down to sign the loan paperwork was also the first time we learned that the loan structure was such that large amounts of interest were paid first and then after six years would be a balloon payment of several thousand dollars. Not awesome.

Because we have an Oregon Bond Loan, we are not with Fannie or Freddie and so don't qualify for any of the national loan restructuring programs aimed at people like us. Because of unforeseen circumstances — namely, a pregnancy resulting in two children, one with a significant disability — we also have dramatically less income and less savings than anyone assumed we would at this point. If we did, we might be able to invest in a refinance at today's current 2.5 percent rates that would almost halve our monthly mortgage payment.

As it is, every month we pay the bank as part of our mutual fantasy in which the house is adequate collateral for our loan. For some reason they refuse to consider the possibility of continuing this fantasy in a refinance that would make it easier for us to not foreclose on the house.

But we're "smart" about money, remember? We haven't missed a payment; our credit is perfect. Doesn't matter.

Oh well. Even if we could refinance, the home is too small for a family of four, especially when one of them comes with a lot of equipment.

This confluence of circumstances means we are moving. Into a larger home, yes, but one that our family of four shares with four other adults. We are doing like many Americans in this lackluster economy and moving into a multi-generational household in yet another attempt to make a "smart" money decision.

One thing I know for certain is that my "smart" money decisions look pretty dumb in hindsight.