OK, so this is a post in which I will not talk about how difficult the boys' turning two was for me. Instead, I can pretend I'm just like all the other mommy bloggers out there and show you how beautiful and amazingly well-planned my life is so you can ooh and aah over my mastery of the domestic arts. 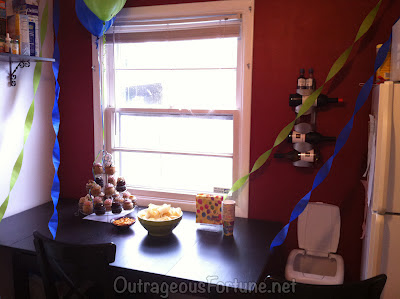 (Those who actually attended this party, feel free not to write in the comments about how it didn't look anything like this by the time you arrived.)

The theme was "little monsters" — (no not that "Little Monsters") — which I basically decided meant putting goggly eyes on EVERYTHING. 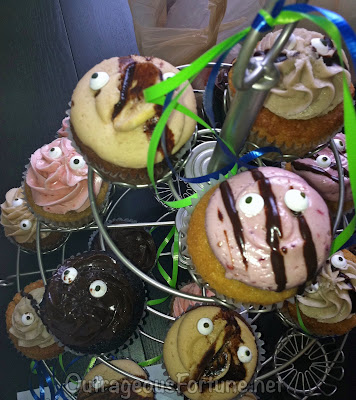 (Turns out there are edible candy eyes found in most major big-box stores. Who knew? Also, these delicious cupcakes are from my brother's fabulous vegan and organic cupcakery, Divine Cupcakes in Eugene, Oregon.) 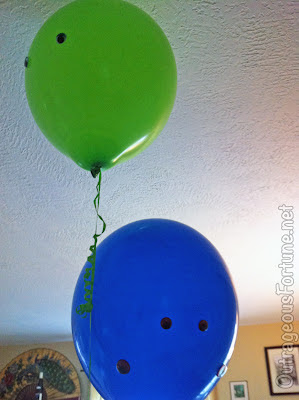 I also had many monster-related crafts that I thought were particularly clever (all hail Pinterest!). 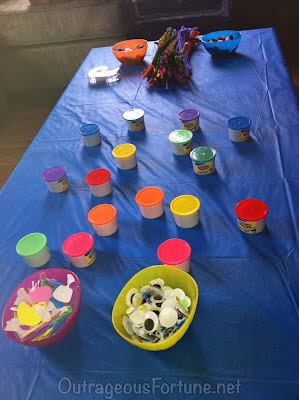 was a big hit with the adults, as well as the kids. Here's Malachi putting on his "ehhz." 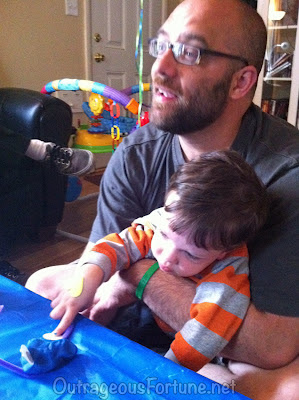 The concept was simple enough but allowed the guests to be very creative. I bought 16 mini cups of play dough and some bizarre foam stickers at the dollar store, as well as a variety pack of goggly eyes, chenille sticks (pipe cleaners) and puff balls. You smoosh the dough into whatever shape you want and then add stuff. Behold: 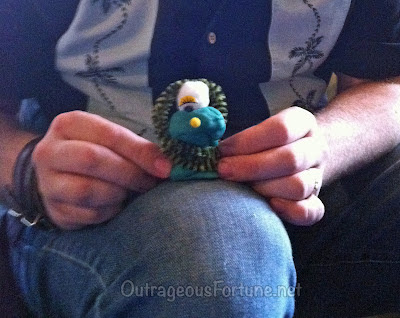 I also had modified this idea in what I thought was a remarkably clever way. I put a sheet of computer paper into a large Ziploc bag and squirted in some tempera paint. Then kids can smoosh it around without getting it everywhere. 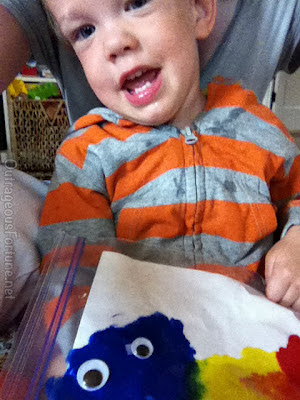 And finally, not completely monster-related, but still a fun activity that Malachi could participate in was the crayon floor: 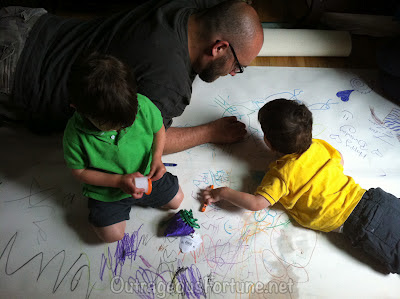 I rolled back the carpet in their room and taped butcher paper to the floor. New box of crayons and presto! An activity we can all enjoy.

And yes, we did actually have many wonderful guests at the party, but I'm starting to feel like I need to make people sign release forms when they enter my house and that's kinda weird.