V is for vendetta against singletons

** A reprint of one of my first columns from the February 2009 edition ofThe Southwest Community Connection, just in time for Valentine's Day **

Alright, the floodgates have opened.
Due to an unexpected wellspring of encouragement (Hi, Mom, Dad) after my first column in last month’s issue, I’ve decided to make this a regular thing.
However, this month’s topic takes a turn away from the political into the cultural – to that most cloying of holidays: Valentine’s Day.
Even though this will be my first Valentine’s Day as a married woman – after wedding my longtime on-again-off-again sweetie in September – and thus should be the time when I am most assured of romance, I have never been quite comfortable with the holiday. It always seemed rather mean-spirited and anti-climactic – kind of like prom or, well, the rest of high school.
Let me explain. 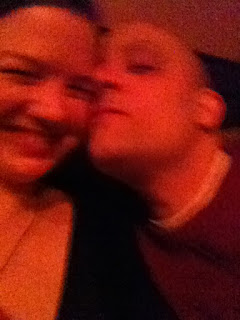 When I was a kid, I loved Valentine’s Day. I loved ripping out the perforated cards and writing my classmates’ names on them. I loved making the heart-shaped valentine holder and taping it to my desk and I loved opening all the tiny envelopes the other kids put in it and eating all the colorful candy.
It wasn’t until later that I realized that Valentine’s Day was actually a romantic holiday and thus had no real role for perpetual wallflowers like me.
It was then that I decided that Valentine’s Day was just plain mean. It was as if we had a national holiday for rich people to celebrate how great it was to have so much money.
“Sorry, poor people, maybe you’ll have more money next year,” top-hatted rich people would say with their haughty laughs before buying each other lavish presents and gold-plated cards that read: “Happy Independently Wealthy Day!”
It wasn’t only that I was jealous of couples, what with their dinner dates and chocolates and surprise deliveries of flowers. It’s just that, if you have someone you love and who loves you, isn’t that fantastic in and of itself? Do you really need a holiday to rub it in everyone else’s faces?
The few occasions when I actually have been with someone on Valentine’s Day didn’t do much to raise my opinion of the holiday. Partly, this was my fault for having such high expectations after so many wasted Valentine’s Days, but partly it was because the men I was with – as is common to their species – had no ingrained concept of romance. It was like watching a pelican land: they looked so graceful on the approach, but when the ground finally came up to meet them, the results were pretty embarrassing.
Now that I am – as my aunt says, wiping away all of my newly assumed dignity – a “Sadie, Sadie married lady,” I’ve also realized that the calendar is suddenly populated with obligations to buy my husband thoughtful gifts: Valentine’s Day, his birthday, our anniversary and Christmas. Granted, this is much less of an agonizing, heart-wrenching, emotionally draining and downright frightening task for me than for him (yes, I had already decided on a Valentine’s present in early January), but it still seems like a lot.
Just thinking about it makes me appreciate the wisdom of my in-laws who were married on Leap Day and thus only have to worry about their anniversary once every four years.
As life speeds up and kids turn us into romance amnesiacs, I will no doubt come to appreciate the four occasions per year when my husband and I are reminded to express our love for each other.
But my hope is, for you and for me, that our lives will be stitched together with plenty of love-filled days that are far less formal and weighty than the 14th of February.
Copyright 2011 Pamplin Media Group, 6605 S.E. Lake Road, Portland, OR 97222 • 503-226-6397
Email Post
Labels: column SWCC Valentine's Day