The high cost of free information

Information wants to be free, acknowledged the editor of the Chicago Tribune in a recent lecture, but it still costs time, money, effort – and sometimes lives – to gather. These underlying facts form the basis for the looming conflict between digital and print journalism. 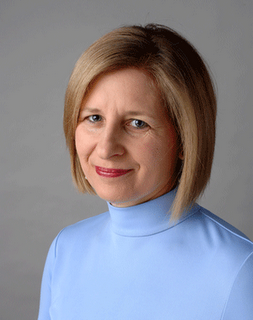 Without an income, who would root out the domestic eavesdropping program, report on Katrina or uncover the genocide in Darfur? Who are these saintly people who would devote their lives to uncovering the truth on a beggar's salary? Bloggers and internet journalists provide free debate and opinion, but without paid and educated reporters they would have little to talk about.

Ann Marie Lipinski, the editor of the Chicago Tribune, talked about all these things and more at her lecture tonight at the University of Oregon, the 30th in the annual Ruhl series of journalism ethics lectures. The lecture was presented in conjunction with the awarding of the Payne Award for Ethics to The Spokesman Review and New York Times's Kurt Eichenwald.

Lipinski recalled her days as the editor of her college newspaper and noted how the daily struggles she deals with now have their foundation in what she learned then. Despite the sophomoric tales she recounted from those days, she added: "But nothing about those years seem like playing at journalism."

As I prepare to graduate, I look out at the labor landscape in front of me. The years I've spent in college don't feel like playing to me either. As I noted to a classmate recently when we were finishing a project at 5 a.m., surely "real life" can't be as hard or harder than college has been. That's why we work this hard. For some intangible sense that if we work hard now, it will pay off in the future.
Though Lipinski and our own Dean Tim Gleason finished college in non-traditional ways (each taking several years off before graduating), I still think it will pay off. I have tried hard to diversify my skills while in college, with the hopes that that will cushion me through the transition from a newspaper-dominated media to the more fluid, online version.

Lipinski has a photo hanging in her office of a Tribune reporter in a sheep barn in Afghanistan to remind her of what real reporting looks like, and what it will look like for as far as anyone can imagine. "I see no lack of courage in our nation's newspapers," she said.

So perhaps the "real world" of news reporting is just as hard and harder than college after all. Intrepid reporters, like that one in Afghanistan, are my heros, and I don't think I could ever do what they do. But, in the safety of university life, I have pushed myself to experience many things so that if I ever want to go further, I will be able to at once fight for the freedom of information and be good enough to get paid for it. That careful balance must be struck in all of us in the journalism community, as well as in the industry as a whole.
Email Post