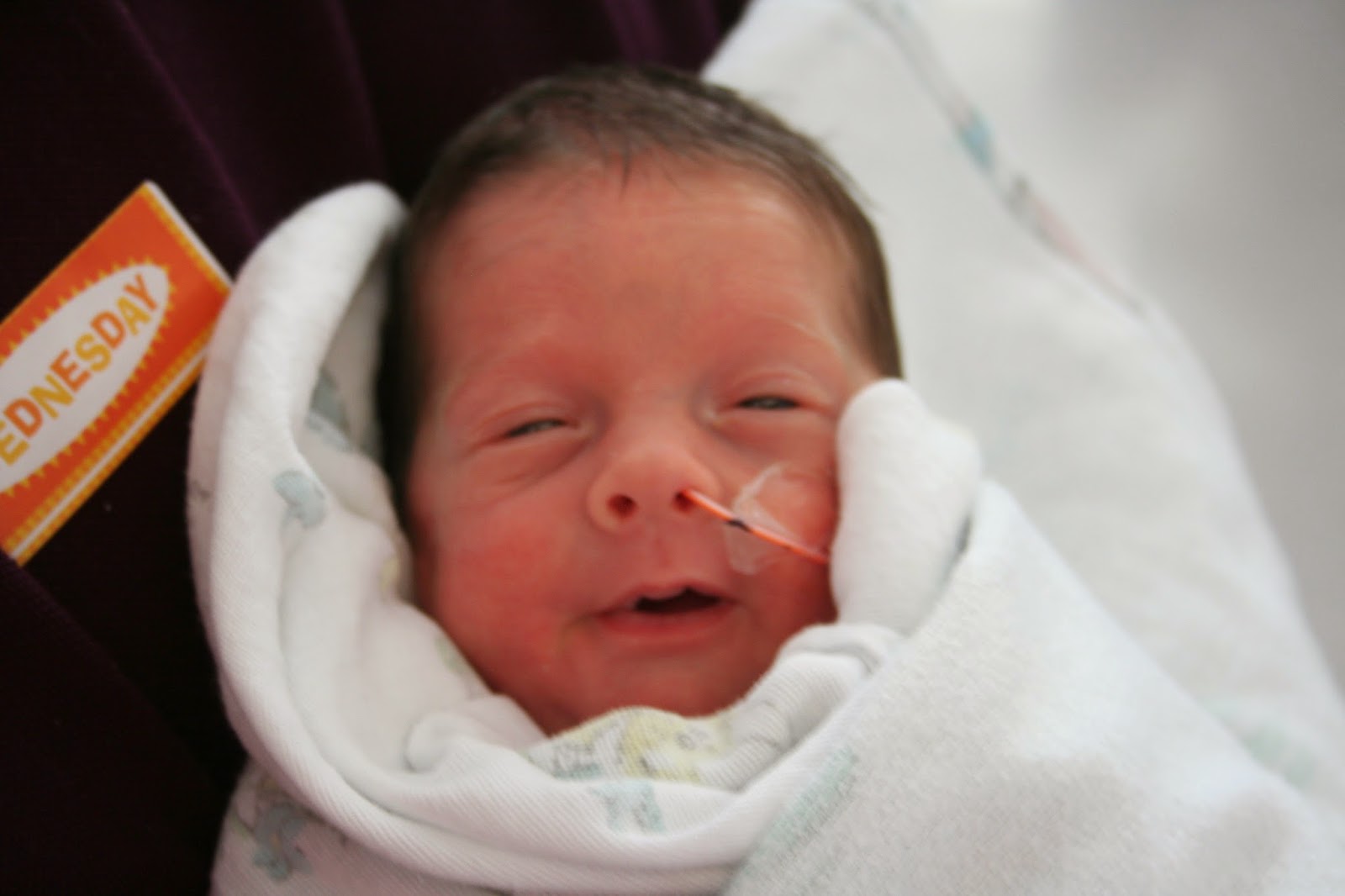 It's been nearly four years since my opinion of the r-word changed literally overnight.

July of 2010, my newborn son was diagnosed with a brain injury.

One moment, I was an educated, open and compassionate member of mainstream society who thought the casual insult of "retard" was funny and harmless. The next moment, I deeply understood how the pervasive derogatory use of that word colors the popular view of people with disabilities and particularly children with developmental differences. Cradling my beautiful 3 1/2-pound son in my arms, I shed countless tears over imagined futures of schoolyard bullies and disdainful would-be lovers, all with the r-word on their lips.

Deep in my fury over the unfairness of my son's new popular label, I fantasized about making him a tiny little onesie with the words: "Yes, I am a f&#$ing retard" emblazoned across his perfect little chest. Surely that would shock the world into realizing what exactly they are saying, who exactly they are insulting with that word and how innocent and undeserving of it they are.

These days I am less self-righteous and angry, but it still stings. I still interrupt otherwise pleasant barroom conversations, as I did just last night, to ask people not to use that word in my presence. I still cringe when I hear it on TV and I still think less of anyone who uses it. I shouldn't. After all, if it weren't for this strange twist of fate, I would be one of them. So, since not everyone can be a parent of a special needs child, in the spirit of education, I would like to answer some of the defenses I know I myself would have made in support of using the r-word before that fateful day four years ago.

1. Well, I'm not calling your son a retard and I never would.
Let's assume for a moment that that's true. Your casual use of an insulting label perpetuates the myth that people like him are less-than, unworthy of respect, stupid, clumsy, undesirable, ridiculous, messed-up, wrong, abominable, detestable, offensive, repugnant, absurd, or worse. By the way, those are all words that you could have used instead. If you take a second to think about it, I'm sure you can come up with more.

2. The way I'm using the word retard isn't associated with actual people.
We are all products of our history, and this argument sadly does not equate with the very real discrimination that people with disabilities have suffered and continue to suffer on a daily basis. The word retard comes from the French meaning "slow." It was originally a medical term that is now slowly being phased out in more progressive clinics because of the pervasive derogatory use of it in mainstream culture, which you are contributing to. A mere generation ago, Americans like my son were euthanized at birth or institutionalized for life. Throughout the world this continues, as I have learned from adoptive parents of children literally encaged in cribs for years. Indeed, the deeper I go into the Special Needs World the more I am shocked to find just how inhumanely children with disabilities are treated. In this country, today, children at risk of a special needs diagnosis such as Down syndrome are routinely aborted. I know — because I've been there — that schoolyard insults like "short bus" and "retard" float in the backs of the minds of parents when making decisions like this. I know — because I've since replaced the retard caricature in my head with actual full, loving, complete human beings with disabilities — that the pain of being an object of ridicule rates far more highly in their lives than the annoyance of being unable to XYZ.

3. My (uncle, brother, dog) has a disability so I'm part of the club and get to use that word.
I really don't think you would say that if you yourself experienced a visible disability or loved someone who does more than yourself. There is no such thing as "retard pride," but if and when there is, you wouldn't have the honor of partaking in it. Only in-group people can decide when and how to take back their oppressed identity and based on their unique history and experience I doubt very much that people with disabilities would choose to use the r-word to do so. Crippled, maybe, but not the r-word.

4. You're taking away all of my words. What's next? I can't say "dumb" because that used to refer to people with muteness?
I'm sorry about your words. I really am. I love words and I feel defensive of my right to use them, too. The thing is that this is so much bigger than your word, your honor, your guilt, or your discomfort at coming up with an expressive alternative. It's someone's whole life you are throwing away each time you use the r-word derisively. In fact, the more casually you use it, the more hurtful it is. I'm sure there are other words or practices that you have had to give up once you learned their oppressive origins and the effect they have on other people. It sucks, but you move on. In the end, it costs you nothing to choose a different word, but it means the world to people who live under its cloud every day.

5. Who are you to tell me what I can and can't say? You're not disabled.
That's very true. I'm following the lead of a powerful group of self-advocates — most notably the Special Olympics — who launched r-word.org, where you can find much more information on their campaign. For example, did you know that 200 million people worldwide have an intellectual disability? Did you know that a Gallup poll found that more than 60 percent of the world still believes that those human beings should be segregated from mainstream society? These self-advocates have an enormous hill to climb towards acceptance. Let's help them instead of throwing rocks in their path.

The bottom-line is, when smart, compassionate people like you use the r-word, it only makes it easier for assholes to use it on my son. So pick a different word. You'll be glad you did.